As the corruption scandal involving the Los Angeles police department widens and deepens, it is essential that our leaders recognize and confront the issue of our crumbling system of justice.  That system, and the institutions charged with maintaining it, must have the full confidence of the citizenry if the rule of law is to be maintained.  Placing the integrity of the justice system at risk, especially at the level of risk inherent in a policy of unenforceable prohibition, is nothing less than a total abdication of responsibility on the part of our legislators and executives.

When the rule of law ceases to exist — that is, when the confidence of the public in the persons and the institutions charged with enforcing the law and dispensing justice is shattered — the government itself becomes illegitimate.  Where but to the rule of law can a nation turn for order?  Where butte the rule of law can a people turn for assurance of the continuation of civil society?  To which but the institutions of the law can one generation point in teaching the next what cane expected, and what will be expected of them as they move through their lives?

Do we overstate the case?  Do we over-dramatize the impact ofthe cancer that has metastasized in the LAPD?  When swornofficers of the law — agents of the state — frame theinnocent, beat, maim, and kill, steal, cheat, and lie, disregardthe Constitutional foundation of society — can the root causesof the problem be responsibly ignored?  Are we to believe,blindly, that this scandal is in any sense an isolated incident?Or would we be better served to view this as a symptom of amuch more widespread and malignant disease  one that we failto ameliorate at peril to the life of the republic?

Early in the 20th century, alcohol prohibition, that so-callednoble experiment, had a similar corrupting influence on Americanlaw enforcement.  Payoffs, rip-offs and violence underminedpublic confidence in our institutions of justice.  In 1933, the18th Amendment was repealed, a decision not insignificantlyinformed by a growing intolerance of widespread corruption.  Itwas an unavoidable choice in that to further countenance theills of Prohibitio would have likely done irreparable damage tothe rule of law, and society as a whole.

Today, our own prohibition threatens — in fact delivers — thesame fate we tempted then.  Is it time one must ask, for ourleaders to confront the folly of this second noble but ill-fatedexperiment?  Is it time to face the fact that to charge ourinstitutions with this sisyphian task, one whose absurdity ispublicly underscored with every consensual act of transfer oruse of a banned substance, is to undermine their verylegitimacy?  Is it time for our leaders to stand strong in theface of all the moneyed interests — both licit and illicit —
which profit from this terrible game, and to call an end to the
madness?

It is time.  It is past time.  In fact, to do otherwise would be to acquiesce to the dissolution of the rule of law and thereby to the downfall of the legitimacy of the very government those leaders represent.  We have a word for such acts of acquiescence whether they are achieved by commission or by omission.  We call it treason.  And if our leaders, elected and sworn to defend the Constitution of these United States of America, fail to find the courage to name and to oppose the most dangerous enemy of justice loose in the land today — Prohibition — we will have no choice but to declare them guilty of that most
serious offense. 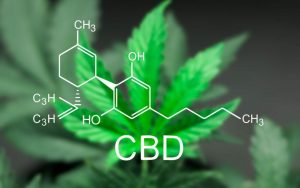